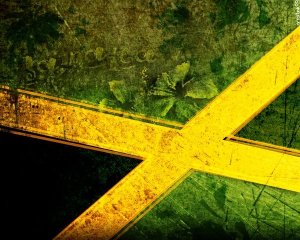 From Savannla-La-Mar to Morant Bay, from Above Rocks to Port Maria, as the clock struck midnight on August 5, 1962, the strains of our national anthem were heard for the first time while Union Jacks were lowered and the Jamaican flag unveiled.

Ceremonies took place in parish capitals across the island. In many cases, fireworks lit up the skies punctuating the August 6 birth of the Dominion of Jamaica. At the National Stadium, then Prime Minister Sir Alexander Bustamante, decked out in formal wear, presided over what was described as a stirring event.

“The entire evening was just tremendous,” says statesman Hector Wynter, enthusiastically recounting the shared excitement and delight that reverberated through the packed Stadium where over 20,000 people proudly joined in the celebration of movement from colonialism to self-government.

Kingston and all other parish capitals were resplendent with flags and bunting, and many civic and social events took place, including dancing in the streets,

Lola Ramocan, recalls how as a teenager she, like many of the people in her home parish of Clarendon, dressed in the colours of the flag and crowded into the town centre to celebrate. There were treats for the children and the elderly, and commemorative cups and plates were distributed. “What wonderful souvenirs these made,” Ramocan said with a smile, “having one was like holding onto a piece of history.”

Theodore Sealy was appointed Chairman of the Independence Committee which was charged with choosing the island’s national symbols, flag, and anthem. Hector Wynter, who, like all sitting Senators at the time, had the opportunity to serve on this committee, remembers that experience as a smooth process in which all were united by enthusiasm. As it turned out, Wynter recalls, “the colour choice and design for the flag proceeded quite smoothly. The only hitch was that our initial design was apparently very similar to that chosen by Tanganyika. So we made our gold saltire cross broader.” Wynter adds, “it may remind you of the Union Jack in design as both have saltire crosses, but our vibrant colours ­ the gold set against black and green triangles ­ made it our own.”

Our anthem married the words of the Reverend Hugh Sherlock to the music of Hon. Robert Lightbourne, both of which were chosen out of many anonymous entries submitted in a public contest. The 300-year-old coat of arms was retained but a new motto ­ “Out of Many, One People” ­ a reminder that the nation is composed of people of many races who have long lived and worked in harmony, was added.

THE OPENING OF PARLIAMENT

On August 7, 1962 – which had also been declared a holiday – the first session of Jamaica’s parliament took place. Princess Margaret, wished Jamaica well on behalf of her sister, the Queen, and handed over the constitutional documents to Sir Alexander. She said she was proud to be associated with this event and welcomed the new nation to the Commonwealth Family.

Bustamante, responding to Princess Margaret and addressing Jamaicans at home and abroad as the island’s first Prime Minister, cautioned on that same August 7 morning:
“Independence means the opportunity for us to frame our own destiny and the need for us to rely on ourselves in so doing. It does not mean a license to do as we would like. It means work and law and order-Let us resolve to build a Jamaica which will last and of which we and generations to come will be proud, remembering that especially at this time the eyes of the world are upon us.” Bustamante’s message was also carried in a special supplement in the New York Times commemorating Jamaica’s independence.

Norman Manley, then Leader of the Opposition, also reminded the nation: “We stand here today surrounded by an unseen host of witnesses-who through all our history strove to keep alight the torch of freedom-and what of the future? We have come to Independence prepared and ready to shoulder our new responsibilities and united I believe in one single hope that we may make our small country a safe and happy home for all our people.”

The themes of both of these addresses and those of many others given that day and on countless anniversaries can aptly be summed up in the words of our National Anthem ­ described by Sherlock and Bennett (1998) as “a prayer of a small, newly-independent nation for guidance and protection for themselves and for the island they love.” Today, that prayer is just as relevant as it was 39 years ago ­ an expression of fervent hope, respectful humility and strong commitment: