Below are some facts about Jamaica you may not have known or heard before…a little more information about the wonderful country of Jamaica…enjoy! 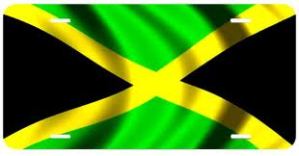